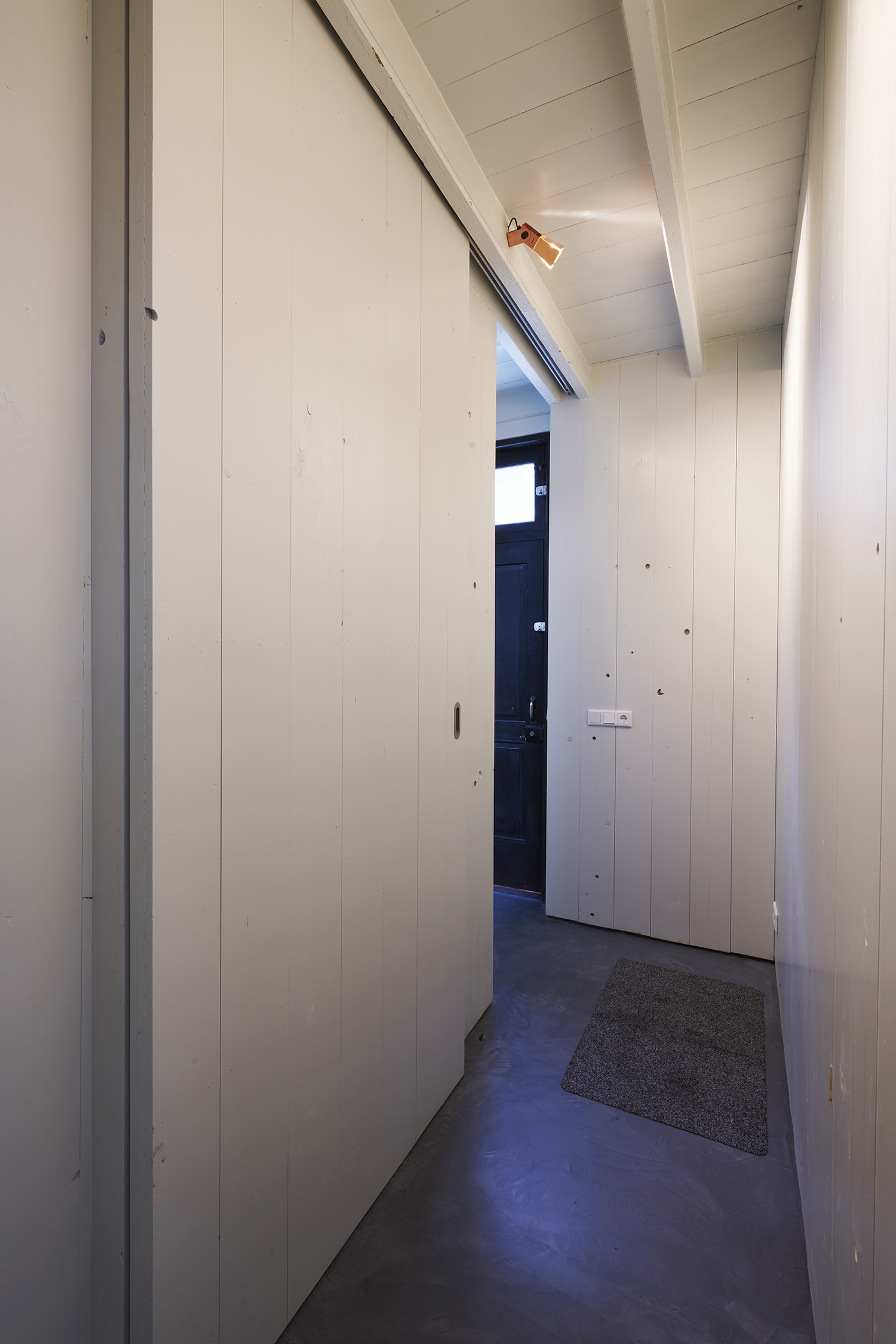 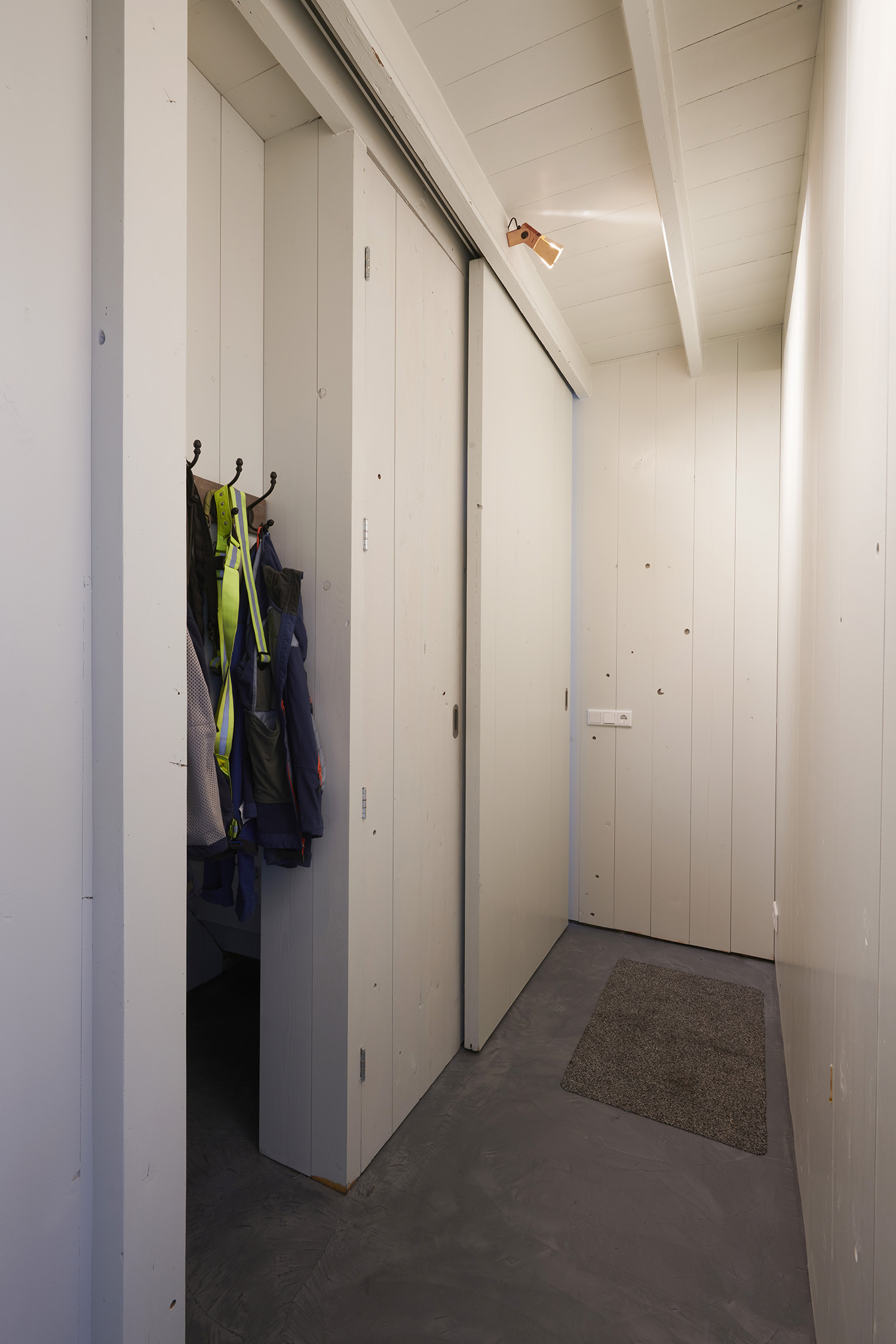 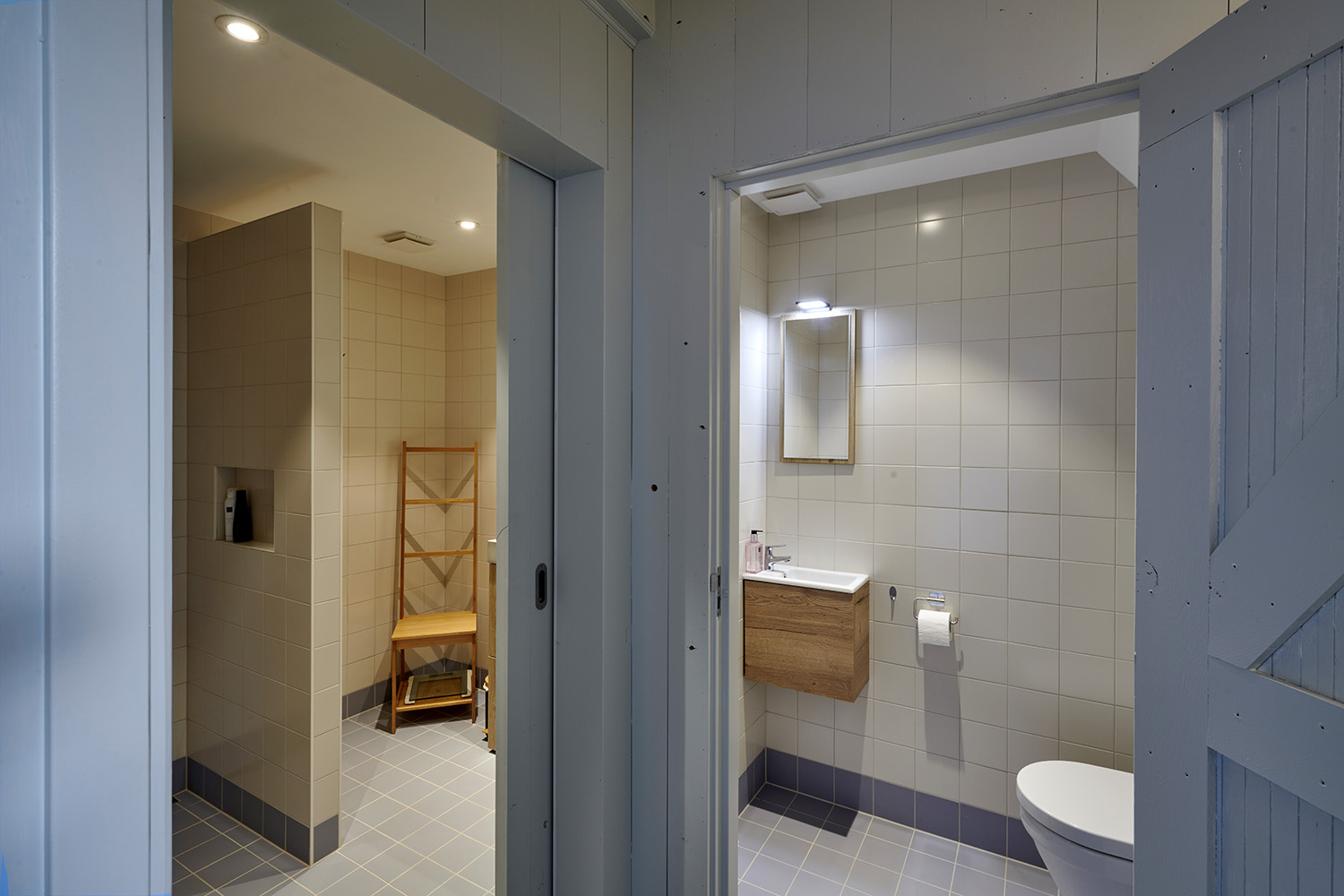 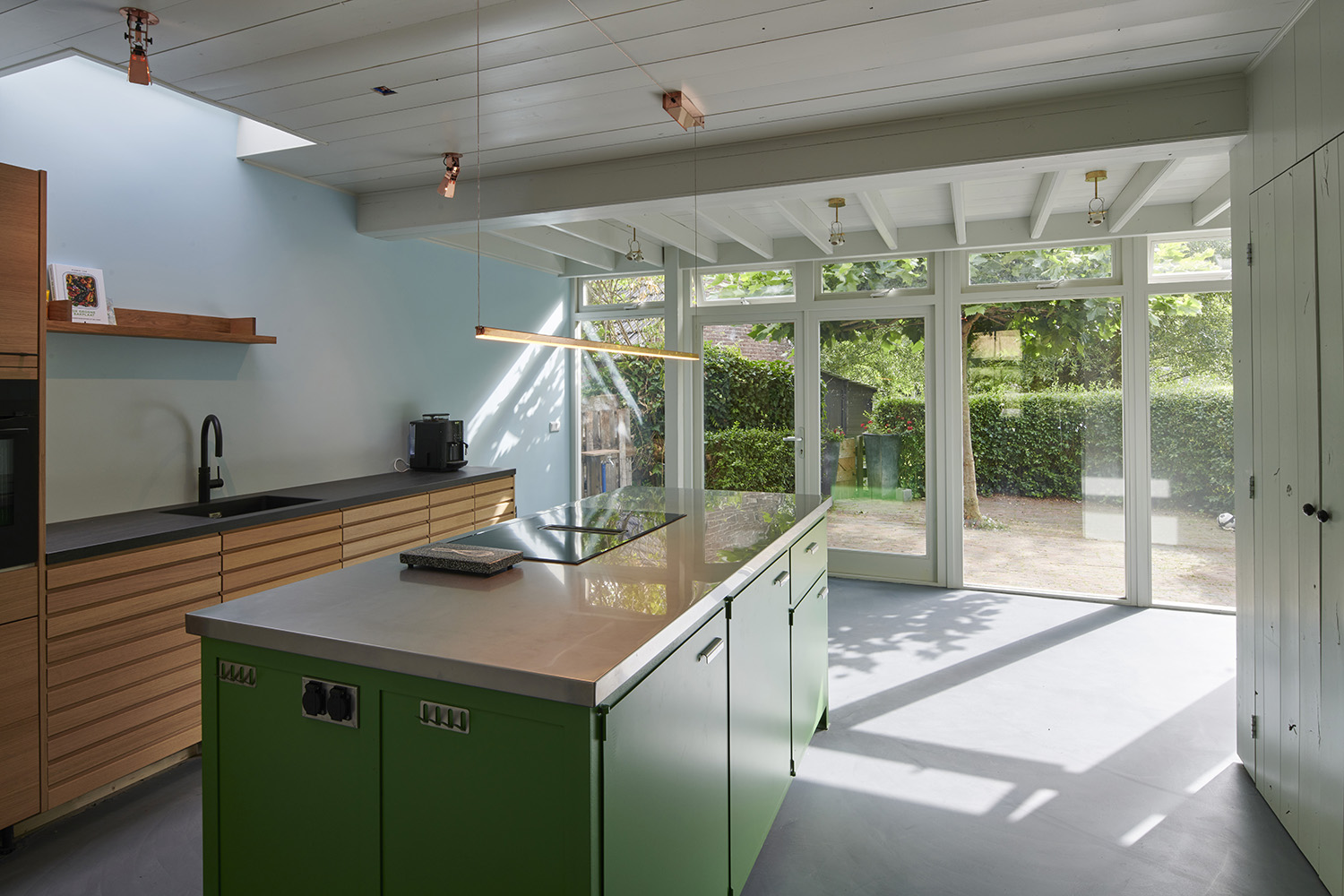 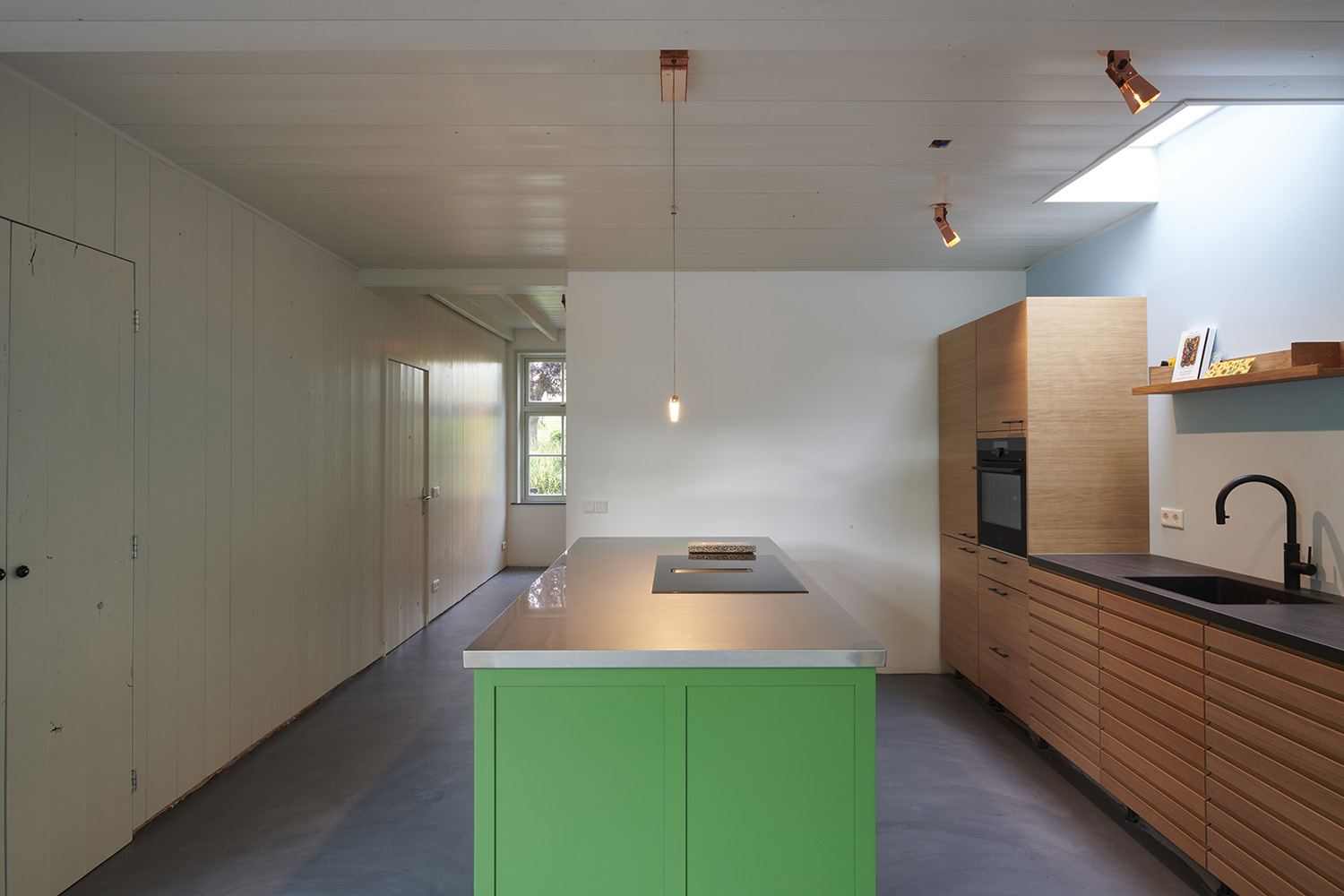 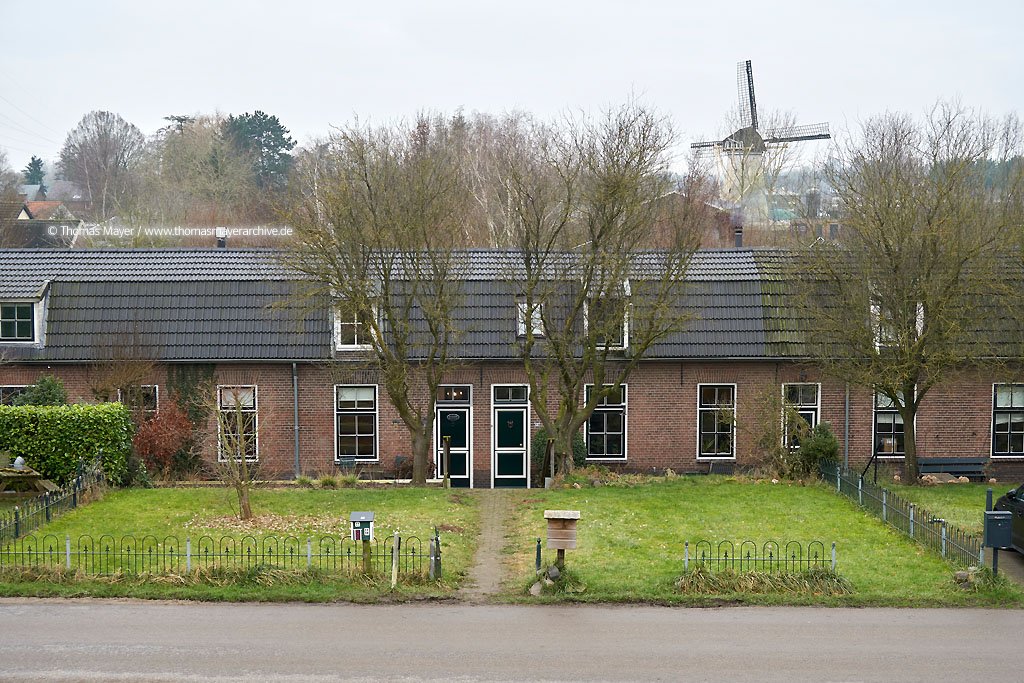 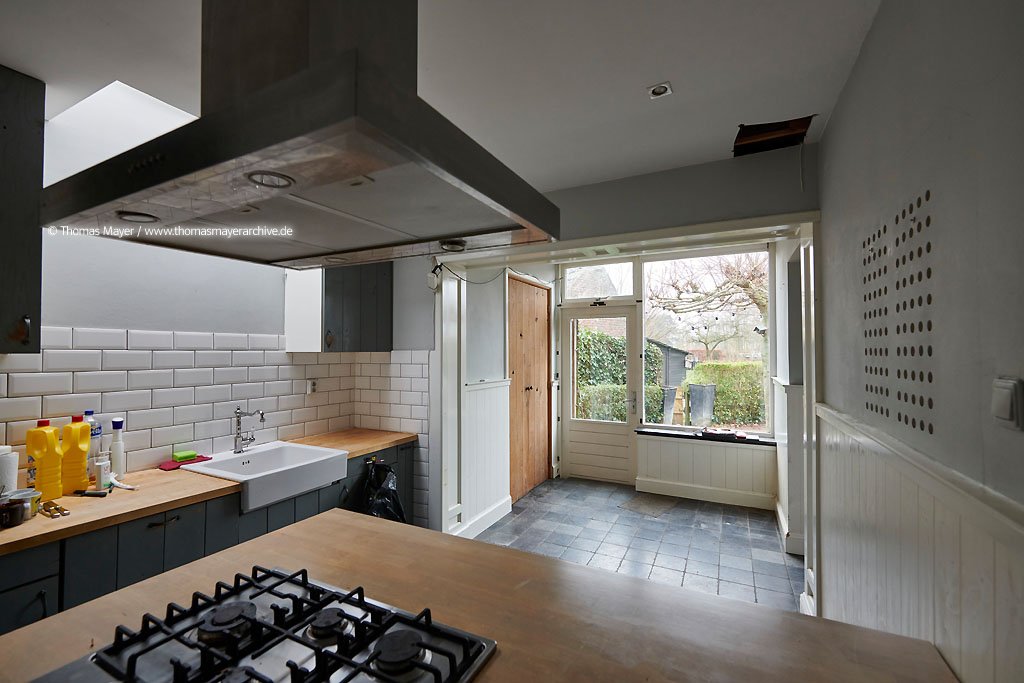 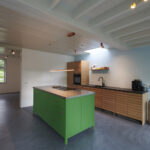 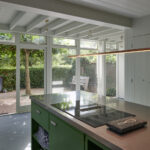 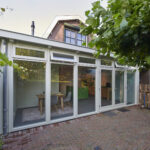 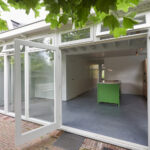 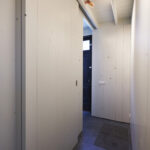 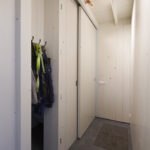 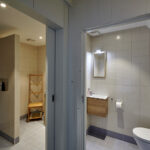 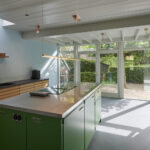 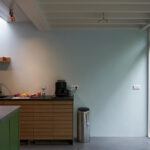 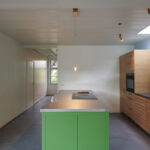 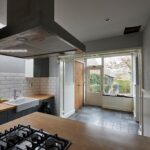 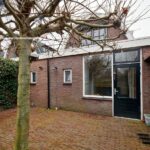 This dike house in Hurwenen is part of an ensemble of 5 houses that are municipal monuments. They are former workers’ houses on the Waal, built for the workers of the brick factories. For one of these houses we were asked to make a nice kitchen with more light, view and connection with the outside.

The house, built around 1915, originally had no bathroom or kitchen. Over time, a number of extensions have been placed at the rear of the house to adapt the house to the times. The result of this is that the connection with the garden has disappeared due to the closed nature of the bathroom and toilet.

In addition to opening the rear facade, we removed all the lowered ceilings from the house. As a result, the authentic beams have emerged in the living room. We deliberately kept the other beams in sight. The span direction is constantly changing and the ceiling actually tells the story of this house through time. Each expansion has its own beam layer. The basis of the house is very quiet, with beautiful wood details and unity in colour. Color has been chosen for the interior. The industrial green kitchen island, designed by Piet Hein Eek, stands out against the light blue back wall.

Thanks to a number of clever interventions, this social worker’s house, from which the house derives its status as a monument, has become a very open and light home.