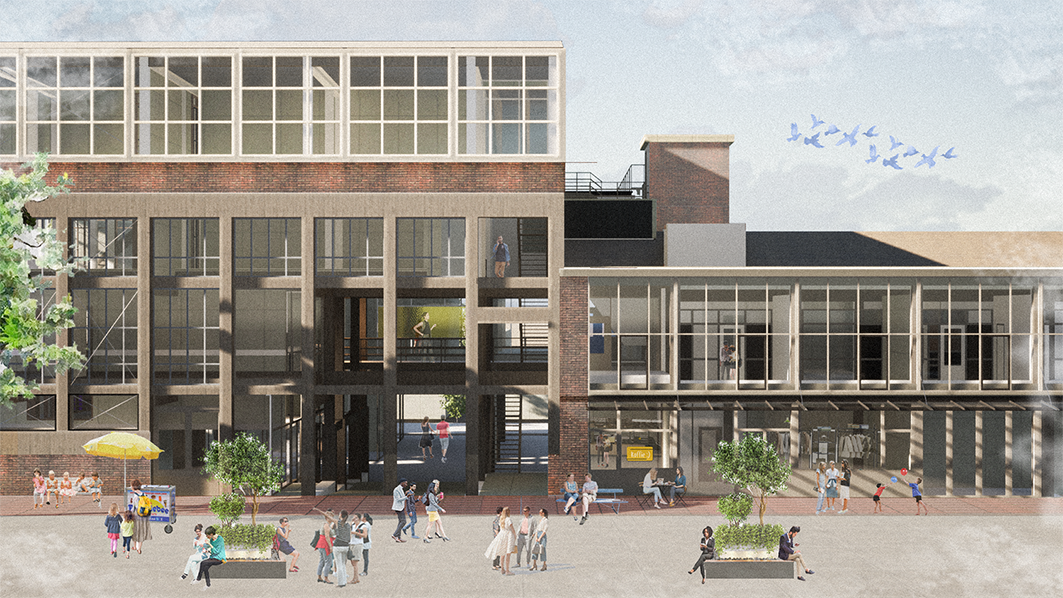 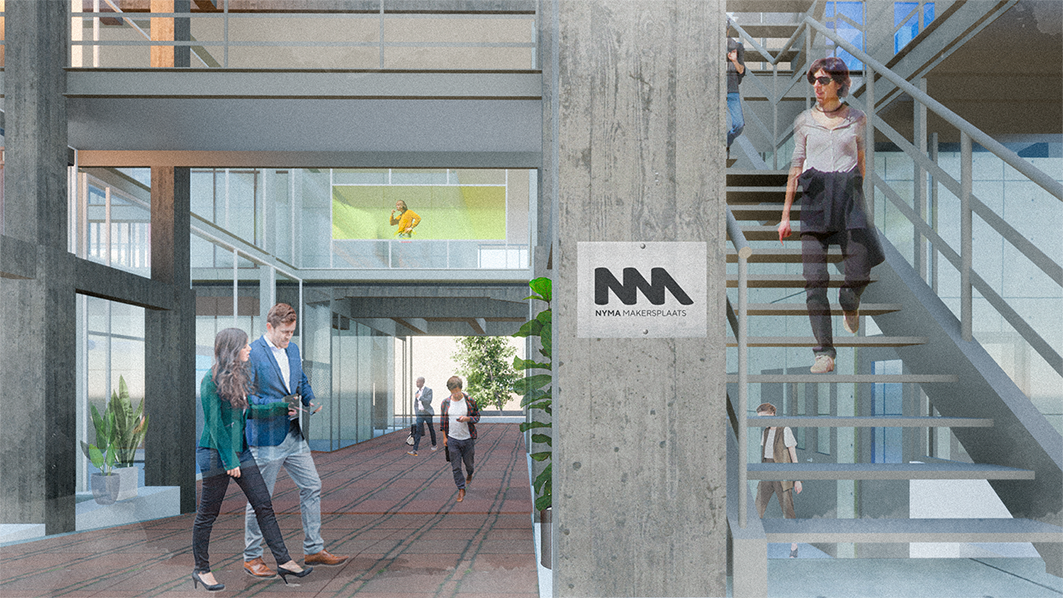 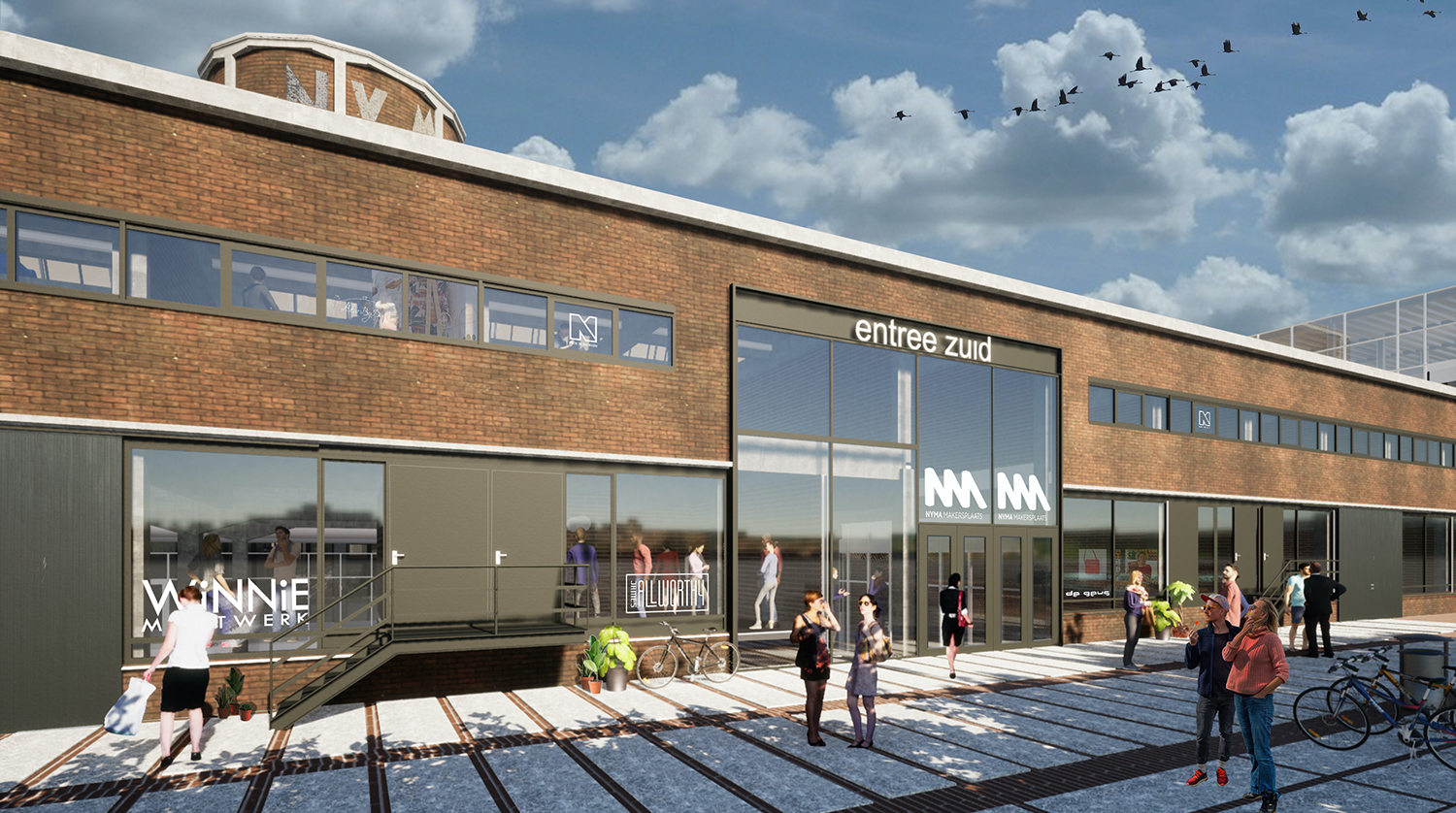 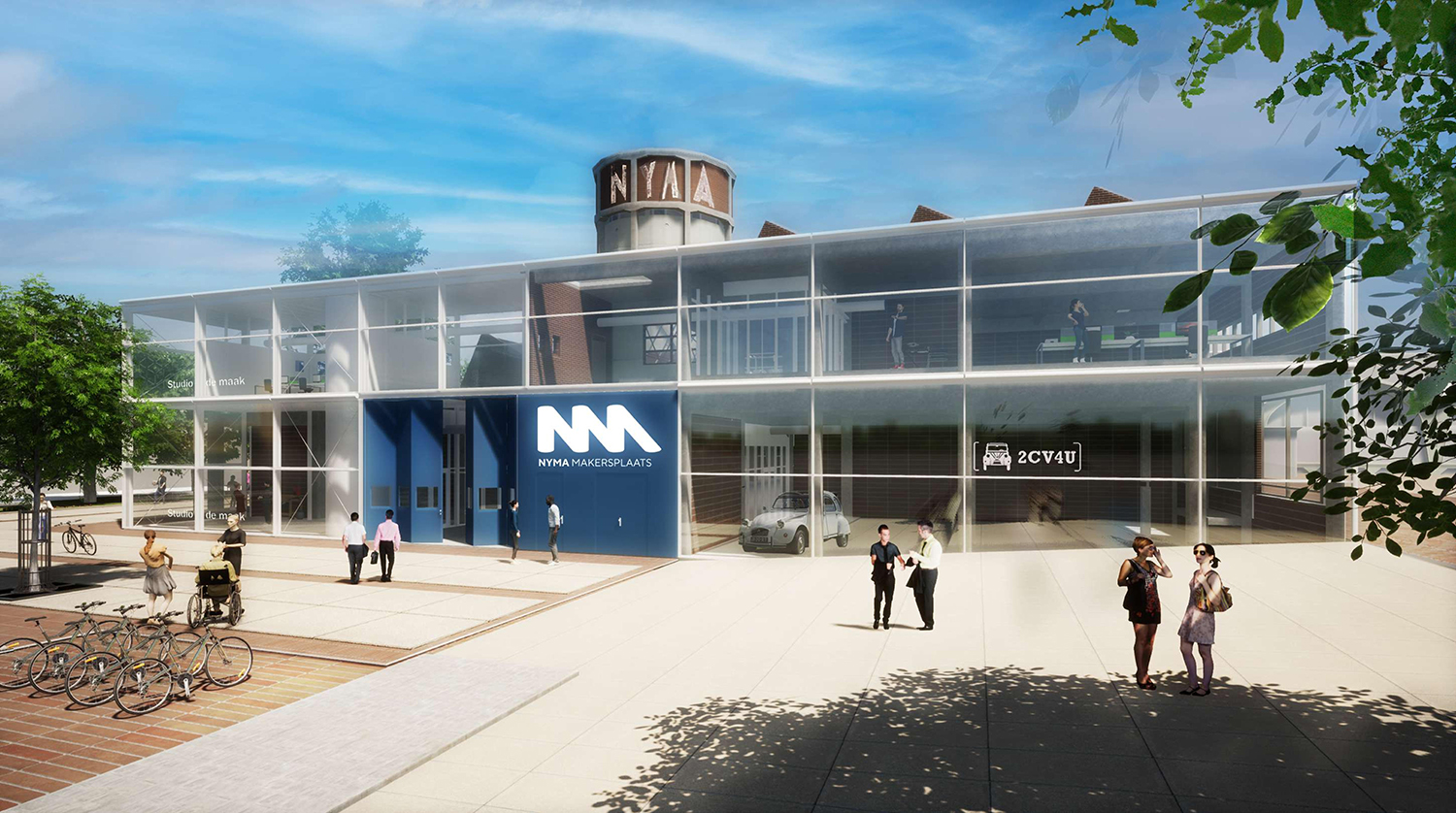 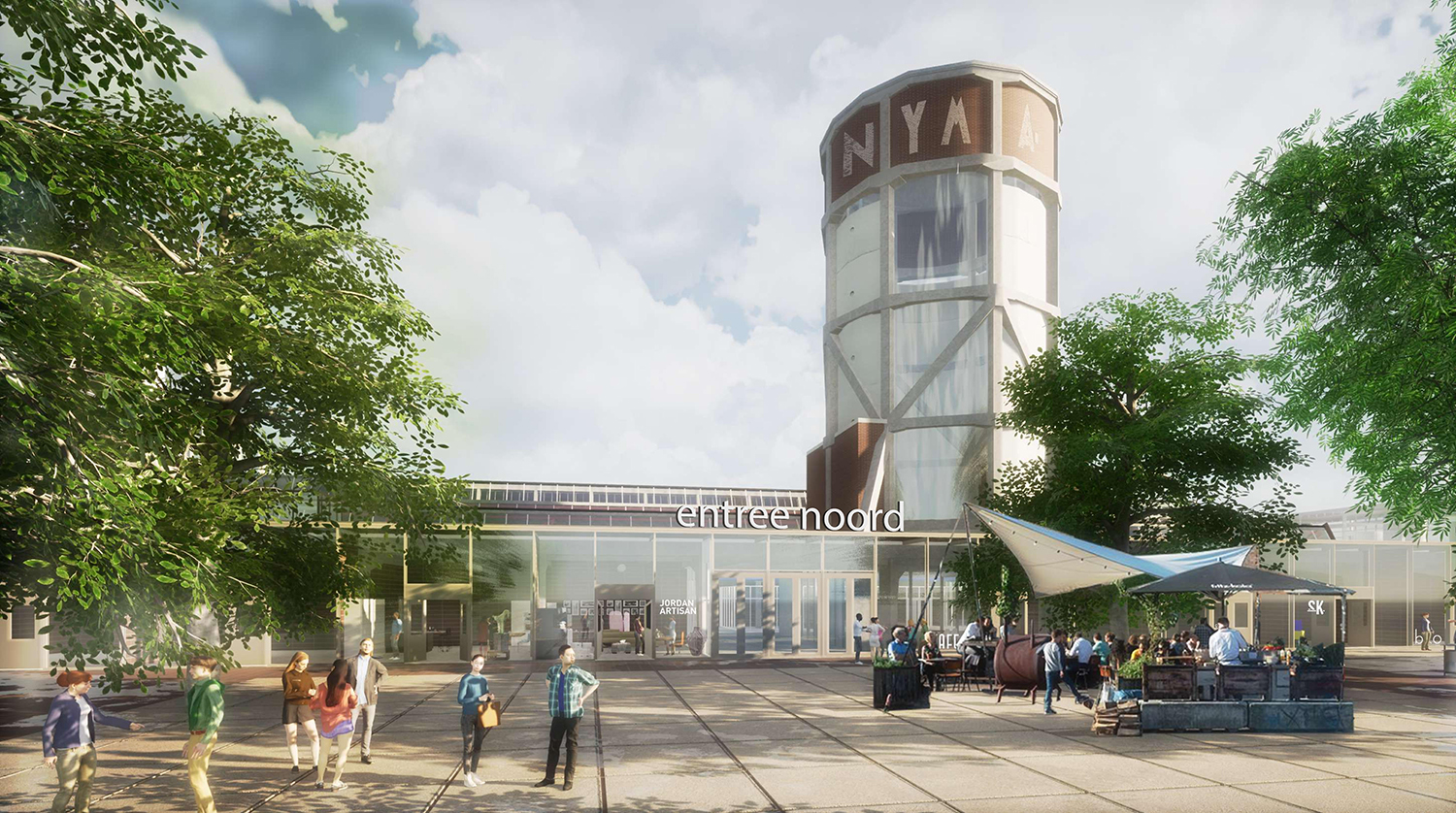 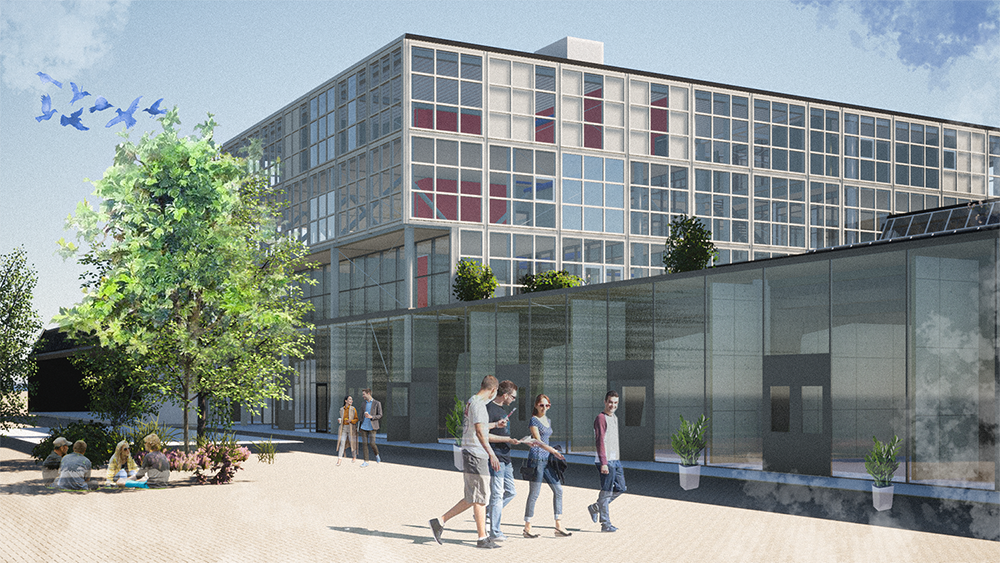 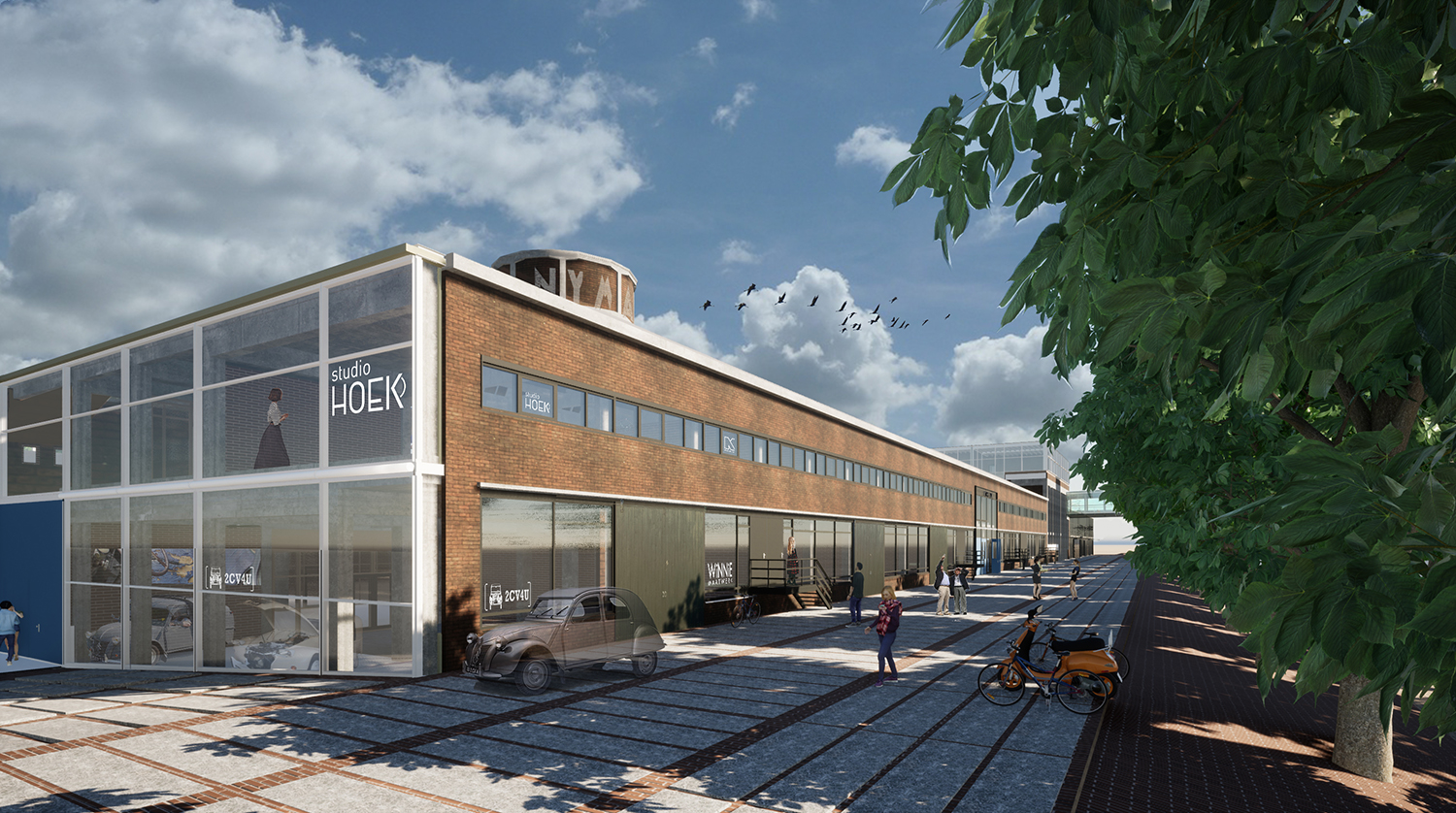 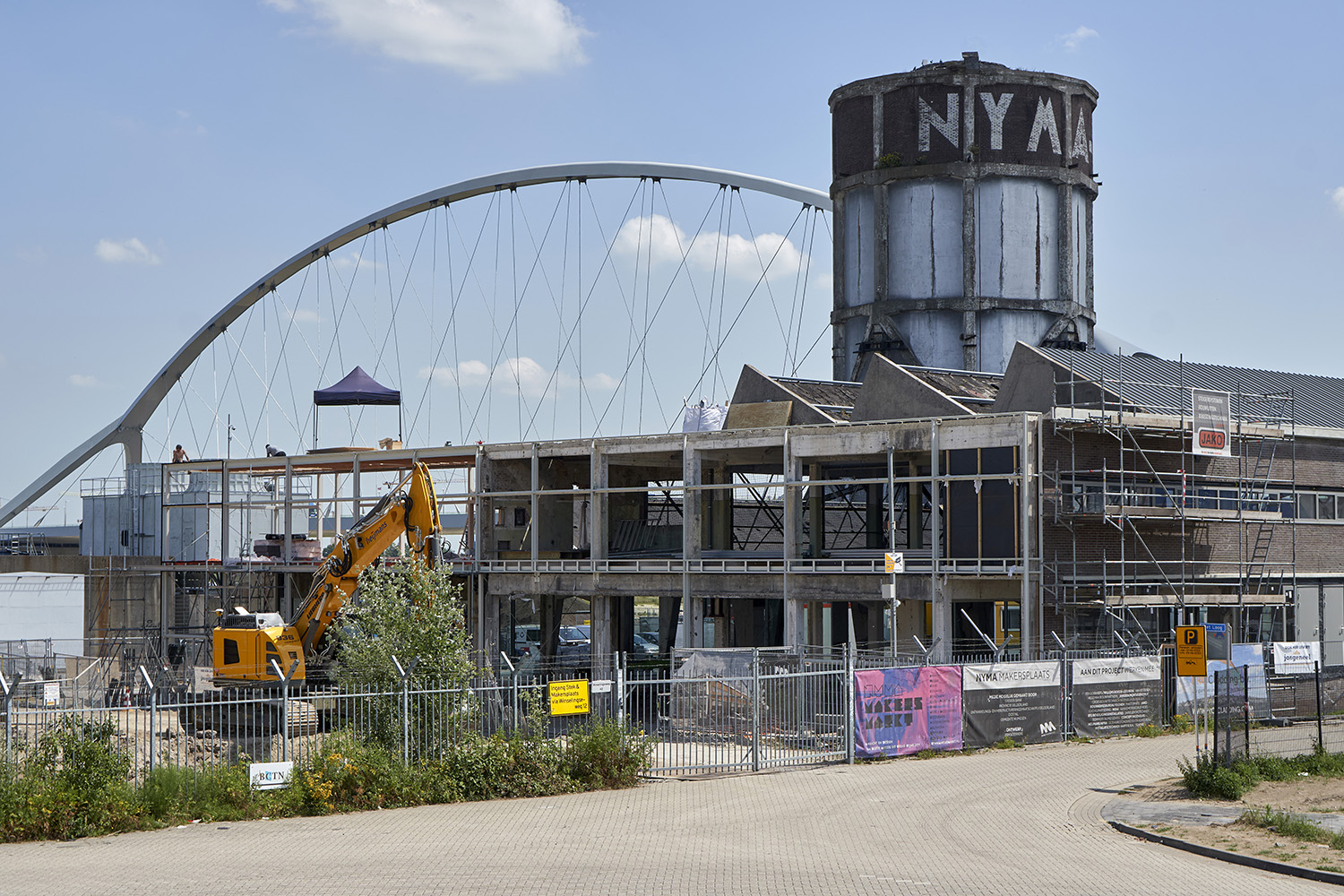 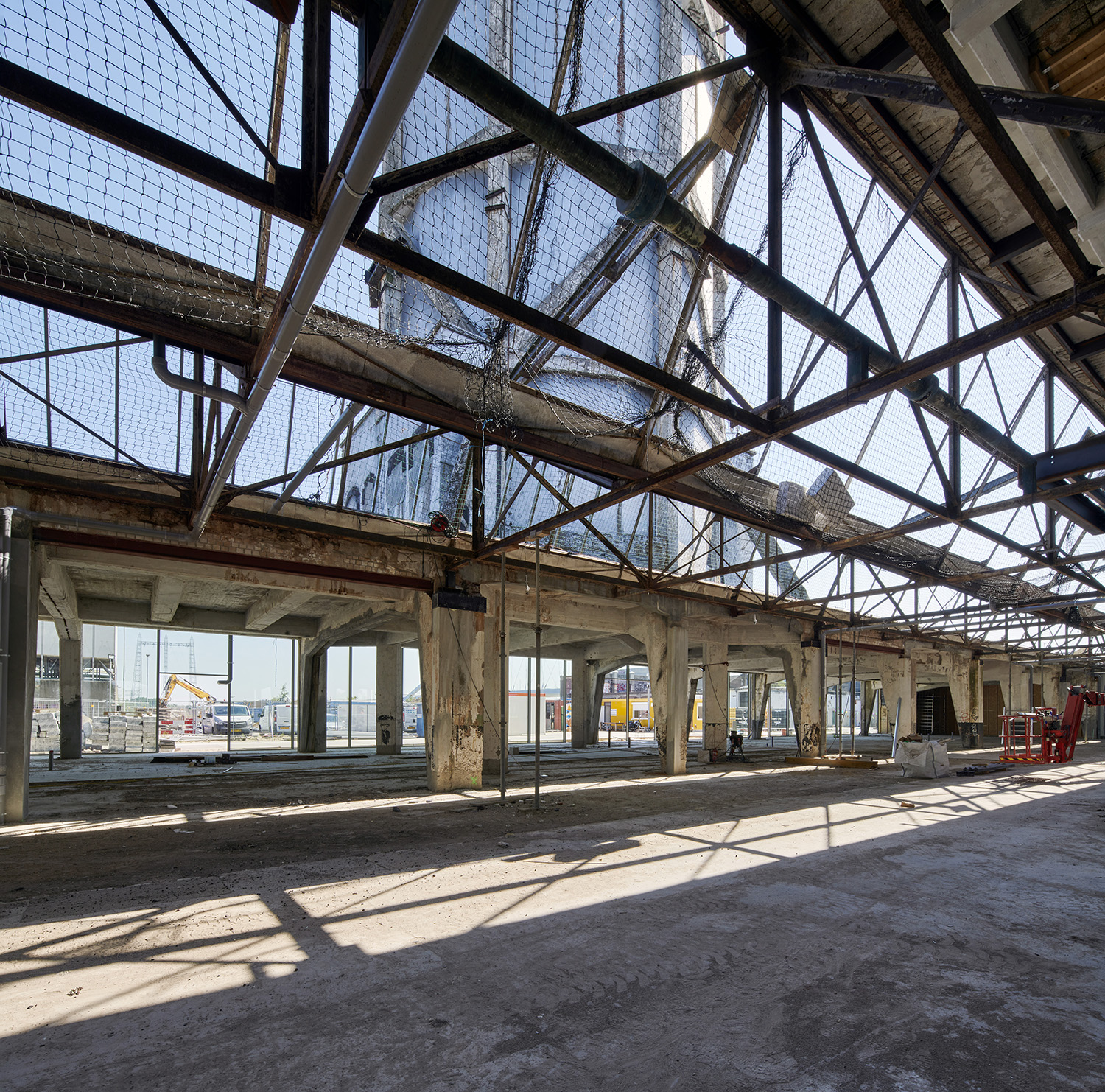 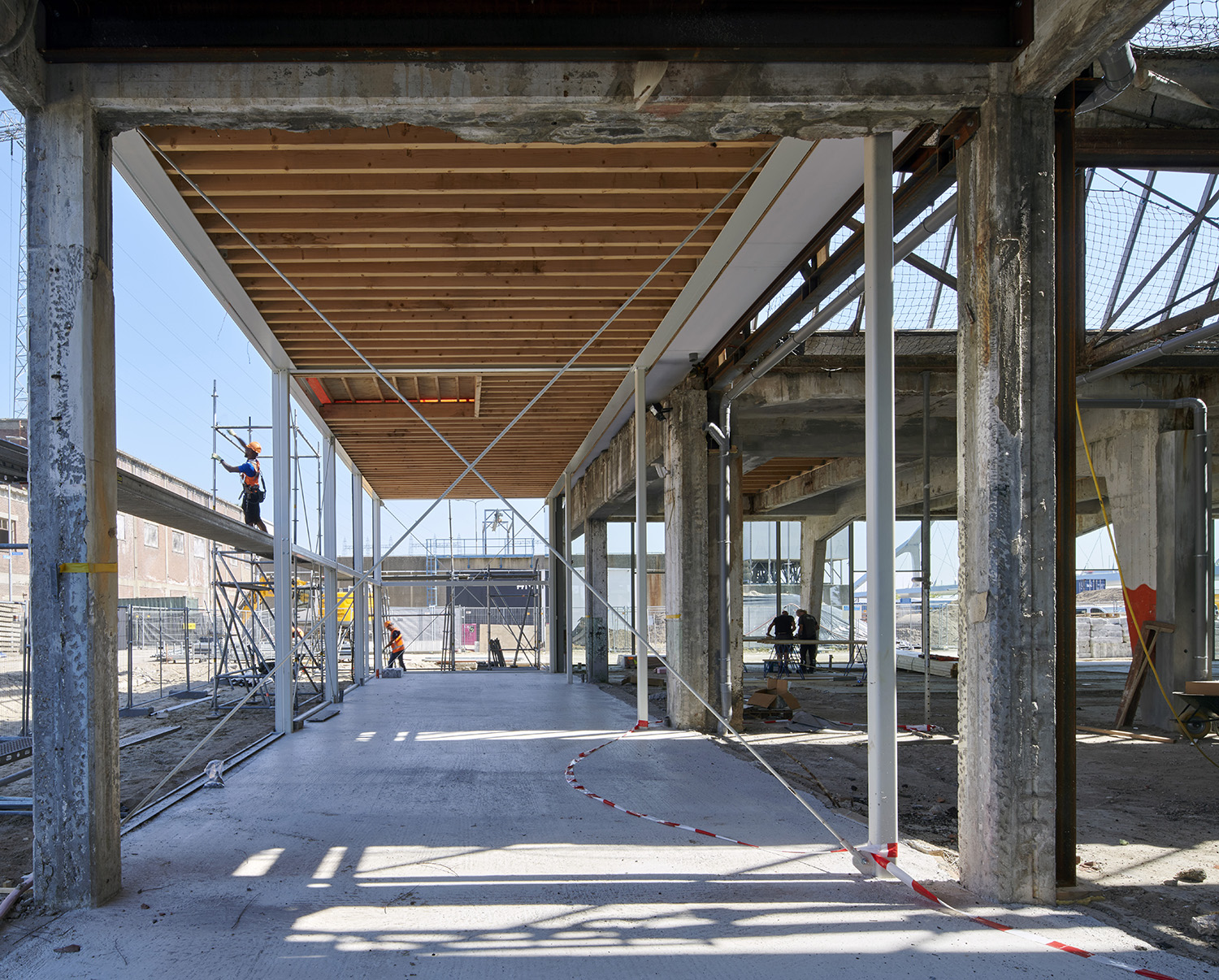 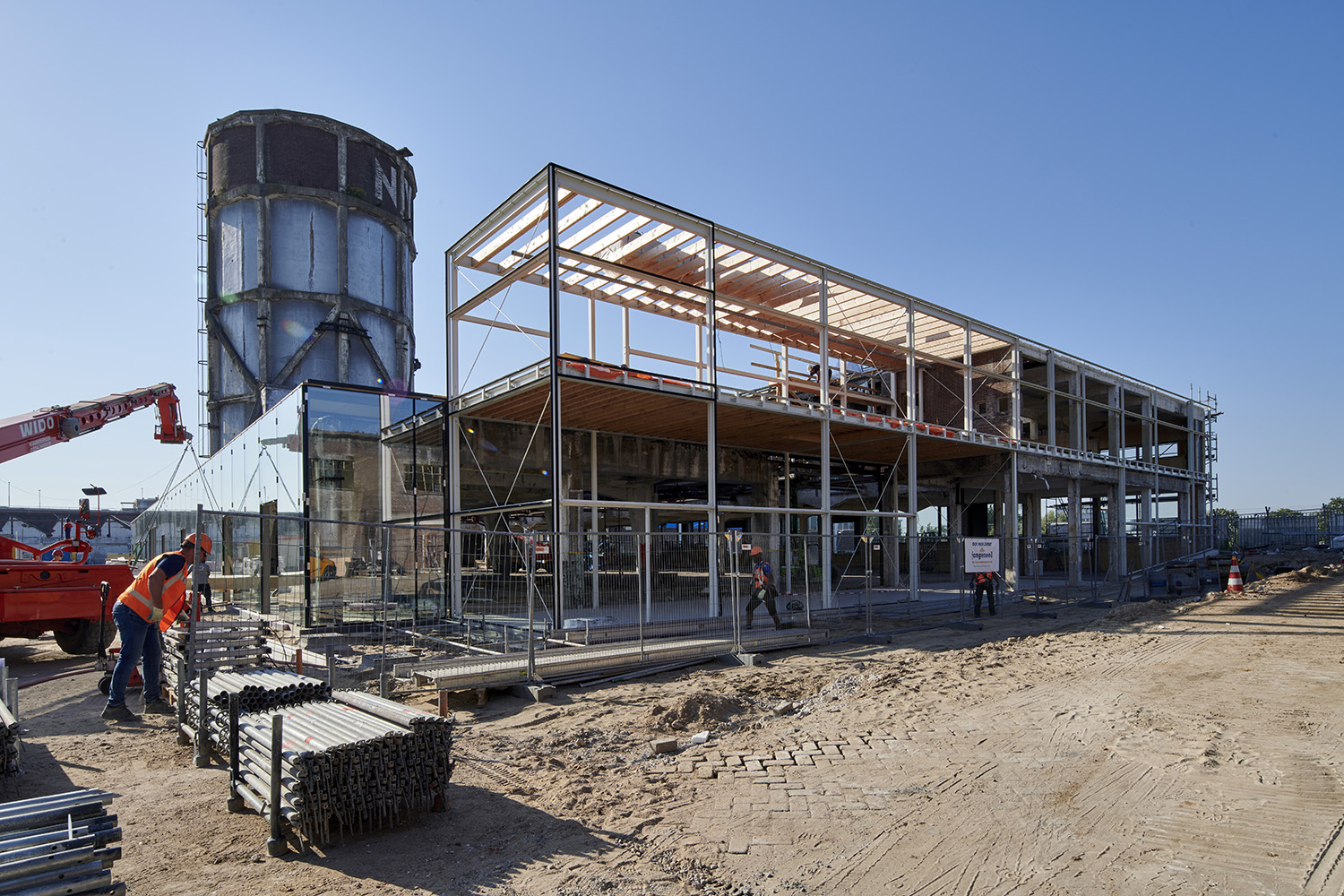 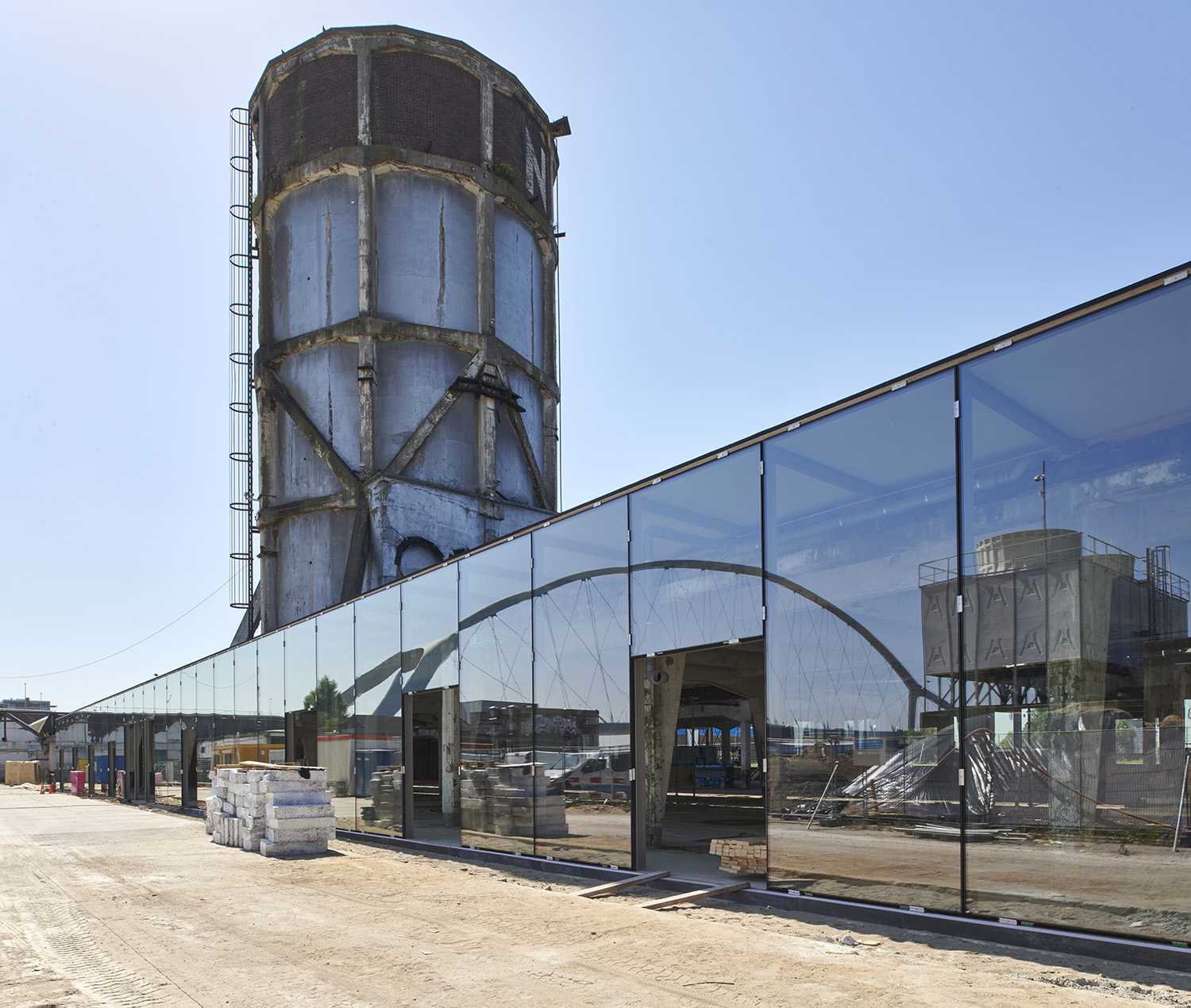 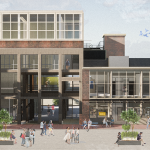 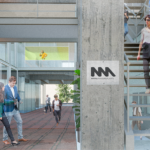 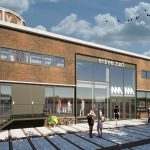 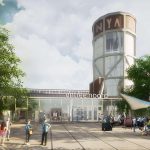 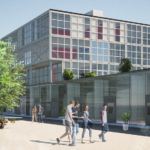 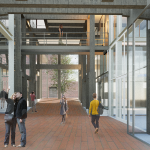 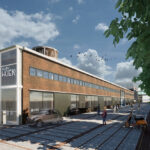 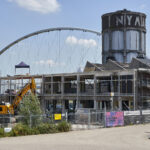 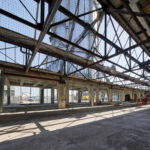 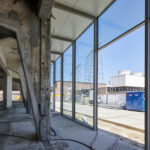 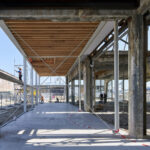 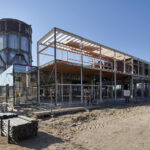 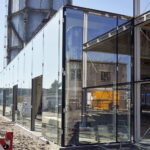 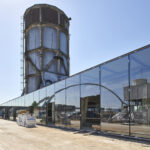 In Nijmegen, near the new bridge over the Waal, lies the old derelict NYMA site. The NYMA artificial silk spinning mill was founded here in 1929. Around the 60s of the last century the production processes will be moved abroad and will remain on the NYMA premises the production of a semi-finished product. In 2009 this company also closes its doors. Now this historic location on the Waal is being redeveloped into a lively breeding ground of the city.

Despite the fact that many buildings have been demolished on the site, there are also a number of distinctive factories. For one of the remaining factories, referred to as Fabriek AB, the flushing bleach, C3 and the water tower, we made a design for the NYMA maker’s place.

The NYMA Makersplaats is a creative breeding ground for many crafts. Get there workshops for wood, metal, textiles, ceramics, precious metals and image and sound. The various entrepreneurs rent their own studio and can use the joint workshops. This means that the site of the former largest employer in the city, the N.V. Kunstzijdespinnerij NYMA, is now being prepared as the place for the creative manufacturing industry.

The transformation of the former industrial complex into a mini society for creative entrepreneurs is in our DNA. The link with our own building in Eindhoven, but also the Social Lab in Den Bosch and Het Industriegebouw in Rotterdam is clearly visible. The close collaboration with the founders and occasional developers of the NYMA makersplaats makes this project extra special.

NYMA’s volumes will be delivered in several phases. Phase 1 consists of the western part, building AB with various workshops and exhibition/workshop areas. Phase 2 includes, the rinse bleach including new waal passage and topping. Adjacent to the Waalpassage, the NYMA store is planned, a concept store with the products of the makers. Phase 3 is the former C3 section and is located east of the passage. Finally, the fourth and final phase, the NYMA water tower with a rooftop bar at the top. Making is unique to the initiators and so they, together with a number of makers, build a large part of the maker’s place themselves.

The design is mainly based on preserving and making the old building visible and on facilitating the best possible way for “the makers” who will be working here. By putting a shell around the building, the old concrete construction remains untouched and it becomes visible. Behind the glass, the makers and the building play the leading role. More interventions are being done architecturally, but it is always starting point the building and the user with the organic process in which the building will slowly but surely be put into use.

The NYMA maker’s place will be the place in Nijmegen where craftsmanship, innovation, culture and art complement each other and the creative manufacturing industry can strengthen itself.