The fortress guard house has been completed. For Stadsherstel Amsterdam NV we designed the new fortress guard house at Fort Krommeniedijk in Uitgeest. Piet Hein already made the first sketch in 2009. At the time, the zoning plan did not allow a house to be built and the plan came to a dead end.

In November 2015, 6 years later, Stadsherstel called us that the zoning plan had been finalized and that we could get started! A surprise because we didn’t know they were still working on the project. In those 6 years we have not been idle, an architectural office has even been established, so that we could now also develop the house ourselves. Together with Stadsherstel and Akerbouw, we have built a special building where everything could have gone wrong, but that did not happen.

The new fortress guard house was completed in 2017. Inspired by the original fortress guard house and the way the genius would now build, the house is made of wood and sheet material and adapted to modern requirements: well insulated, including heat pump and power from the solar panels on the roof of the fort. 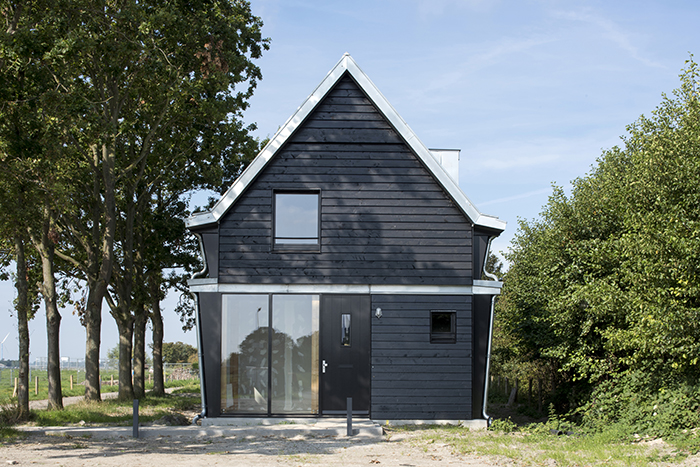 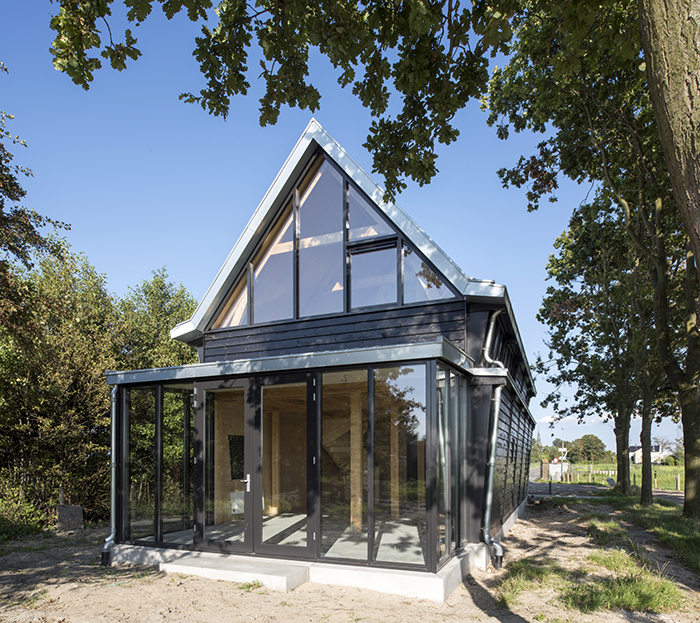 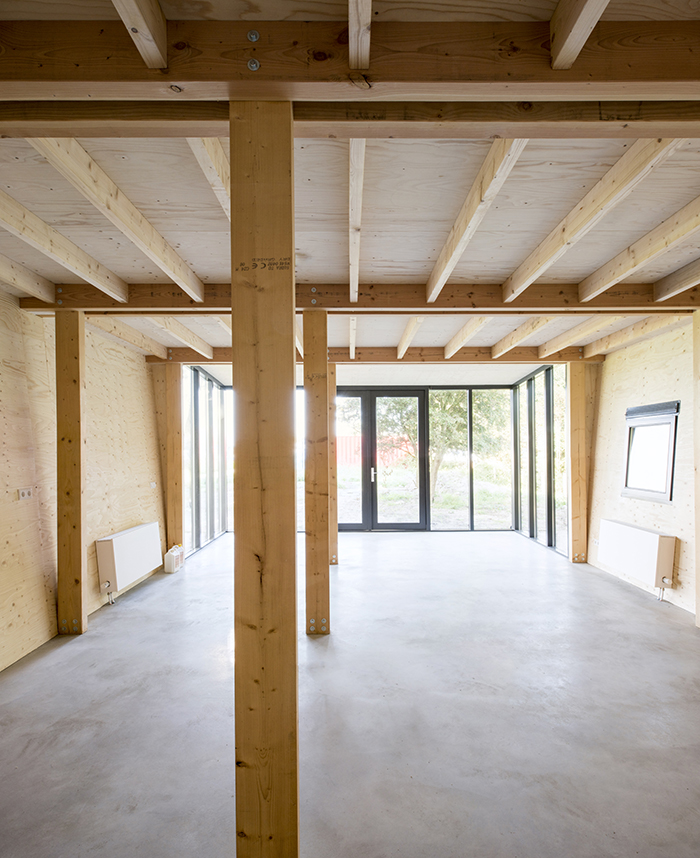 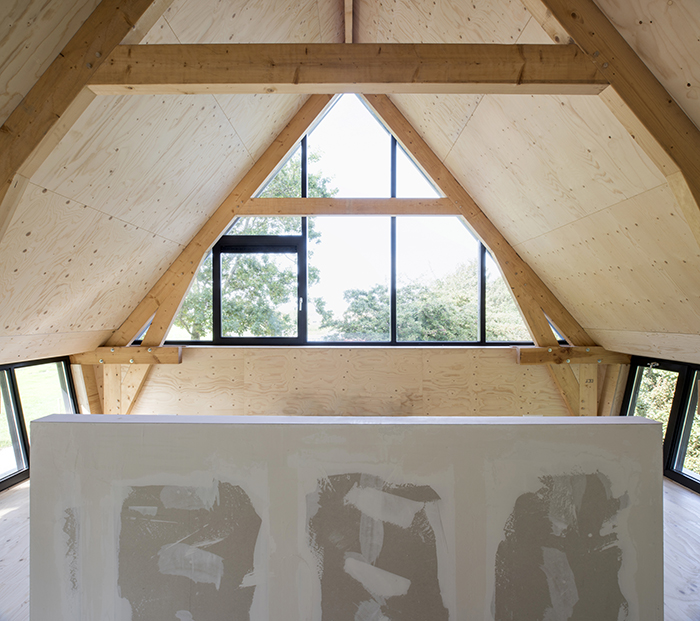 For more information and photos of the project, check out our projectpage.